The pictures of the Okayama AE86 Festival 2009 were posted last week by Garth. Slowly more pictures and videos are surfacing. :)

My personal favorite video of the festival is a game of leapmanji-frog played by four hachis on the straight of the circuit! Check em all out after the jump!

END_OF_DOCUMENT_TOKEN_TO_BE_REPLACED 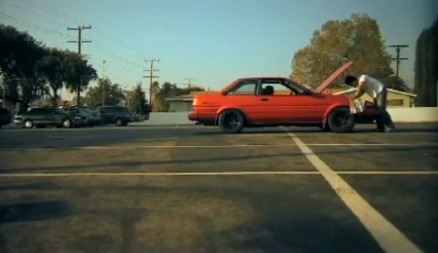 An oldie but a goodie. It’s always nice to see the AE86s charm reaching as far wide as places like Antigua. If you’re wondering where Antigua is click here to learn!

The stance on this Levin is just pure sex, and the decals are some of the freshest and most unique I’ve seen on a racecar in a long time! No less that it’s powered by two liters of VTECs! 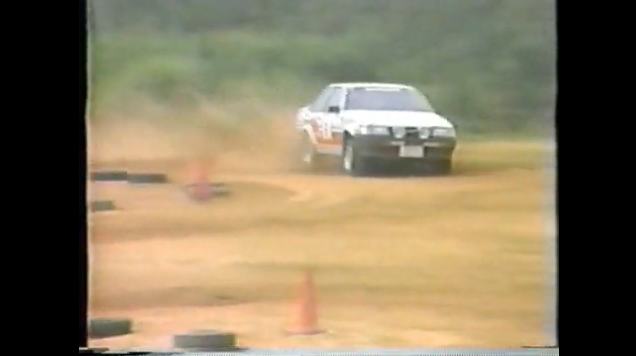 The picture above is showing the first usage of the Toyota AE86 in Rally sports and possibly also the first use of the AE86 in motorsports at all!

The screenshot was taken from a collection of videos (13 in total!) of the first AE86 to be entered the All Japan Rally Championship B Class. This particular round was held on June 4th and 5th 1983.  Since Toyota first started the AE86 production in May 1983, these brand new hachis must still have smelled like a typical 1983-era Japanese Toyota showroom when they rolled up to compete in this rally!

Hit the jump for the videos and more history!

END_OF_DOCUMENT_TOKEN_TO_BE_REPLACED

Just a quick video from me today. Apologies for the late posting, had far too much fun on the slopes this weekend on my snowboard and completely KO’d before I could write up a blog. Enjoy this tasty morsel of drift action from DeadPirateProductions for now, and we are back to normal programming tomorrow!

Okay, we all saw pictures of Goto-san’s insane boro AE86 by Alexi Smith at Nori Yaro and we all saw videos of him drifting near the sidewall on several drift events and circuits but what you probably didn’t see yet (unless you read this article at 7tune.com) is what it looks like to sit next to him!

END_OF_DOCUMENT_TOKEN_TO_BE_REPLACED

Why You Should Keep Your 4A-C

What is the first thing asked by a ADM Sprinter or USDM SR5 owner on the forums? 9 out of 10 will ask what it takes to do a 4A-C to 4A-GE swap… Why? Is it really necessary? We show you the unpopular (yet super cool) alternative!

END_OF_DOCUMENT_TOKEN_TO_BE_REPLACED

What happens when you pit a handful of AE86s against a Civic Type-R, CRX, Celica, Cappuccino and an MX-5? Find out with parts 2, 3 & 4 here! 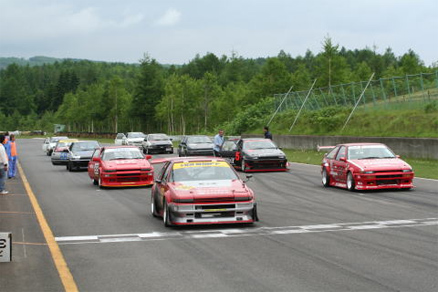 The DTCC is an AE86 one-make series from Japan which has a very strict set of rules to ensure what they call ‘close battle’ racing.  The only engine allowed is an NA 4A-GE with bore modifications permitted but the stroke must remain the same. The block MUST be a 4A block, both 16v and 20v are allowed for entry and all other mods are open.