END_OF_DOCUMENT_TOKEN_TO_BE_REPLACED

So Garth wrote earlier about how the economy has hit us hard like a bad case of regret from that beer goggled girlie from last Friday night! But hey, unlike that one night we can do something about getting the parts we need and building our dream cars.

Now forgetting the economy and the cruel beeyatch she is for a moment, we can use today’s blog as a guide on how anyone in any situation or age can reach their goal. Speaking of which that’s the first subject!

END_OF_DOCUMENT_TOKEN_TO_BE_REPLACED

In my opinion, this maroon maniac is the hottest Levin ever, it’s just so damn nice! The inspiration for my AE86 build, if only it was a Trueno!

In the last couple of weeks I’ve been psyching my self to get back into motorkhana events in 2009. So what does one do when they want to find out what they need to do to their car in preparation for racing? Search the Internet of course!

END_OF_DOCUMENT_TOKEN_TO_BE_REPLACED

Tetsuya Hibino’s character on D1 videos might be one of a rude, slang-talking tough guy, but in reality he’s anything but hard to talk to. That is, if you can understand his rapidfire “ittara” Nagoya accent and can keep up with his dictionary-like knowlege of the Toyota AE86 and how to drift it.

Has The ‘Economy Crisis’ Slowed Your ’86 Build?

As most of us who live in Australia already know, buying AE86 parts from overseas has now become quite well, insane. Currency rates have almost halved from what they were 4 months ago and as a result a lot of the local parts imports companies have gone belly up.

Having just dropped over 3 large on a bodykit shipped to Sydney, I can say that for me it hasn’t slowed down. It’s a case of ‘I need it now, and the economy isn’t going back to where it was anytime soon’ philosophy and a need to finish a project that was started in motion before the crisis hit.

The alternative is buying locally made parts, but the problem is there just isn’t enough variety of aftermarket products for the AE86 being produced locally to provide alternatives to buying American or Japanese.  I can’t speak for our American or European readers but here in Aus we have no choice but to import.

What are your attitudes towards the situation? Are you prepared to pay for what you need regardless of the price? Or are you waiting until the dollar/euro/pound gets stronger before you commit to buy?

Hit the comments and let us know!

Tomei Japan have contacted HR to get the word out about their plans to develop a 5A-G kit. They have blueprint designs for the crank and conrods already but are in desperate need of more information on possible potential customer requests!

END_OF_DOCUMENT_TOKEN_TO_BE_REPLACED

Who Is This Man? 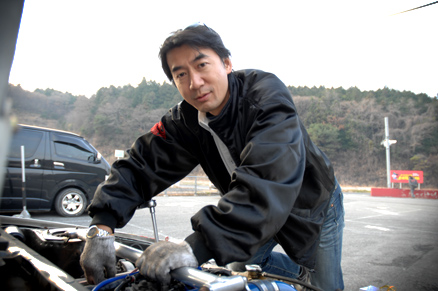 It’s former owner of Ken Works and ace AE86 pilot, Ken Satoh! Caught in the act at Nikko Circuit today changing the ‘plugs on his new ’86 drifter, it’s good to know that even the old pros do their own dirty work! Ken was either driving or under it all day showing his unrelenting love for the hachiroku.

END_OF_DOCUMENT_TOKEN_TO_BE_REPLACED

Some old-school Battle Magazine footage featuring some nice tandem 86 drift action. Takes a little while to get into it but it is indeed worth it when it does.

That’s only part one of three! Links to the next two parts can be found after the jump:

END_OF_DOCUMENT_TOKEN_TO_BE_REPLACED 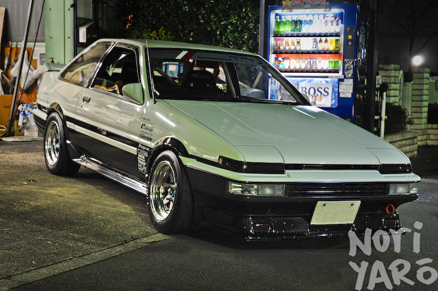