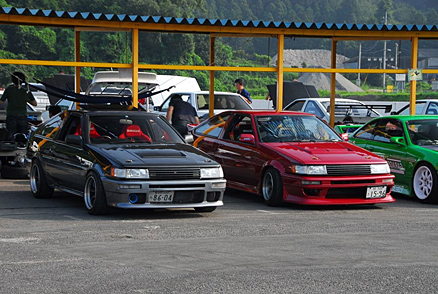 Watanabe, RunFree, Budou Noki, Jubiride, Crystal Body Yokohama, JBlood – There are just the namebrands of parts you can see by looking from a distance. Tough stance, clean lines and immaculate execution gives these Levins that unmistakable magazine-fresh appeal. 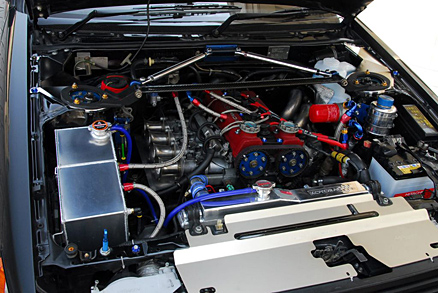 Now don’t get me wrong, they aren’t all style without substance, oh no. Lying at the heart of Miguel’s gunmetal two-tone Levin is an engine all AE86 owners would die for; A custom built high-comp 4A-GE from none other than Asano-san of Techno Pro Spirit fame. 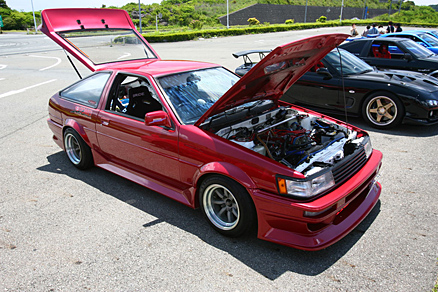 Allen’s Levin GTV on the otherhand has a high-comp 4A-GE built by FREESTAGE packing a slew of off-the-shelf and prototype parts from Tomei, Toda, TRD and RISING. 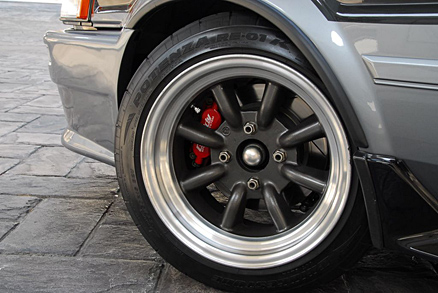 Sporting matching Watanabe Eight Spoke’s, Allen’s red Levin wears 14’s whereas Miguel with his massive GReddy brakes is rocking the 15″ variation. With both with zero or negative offset the result is perfect. 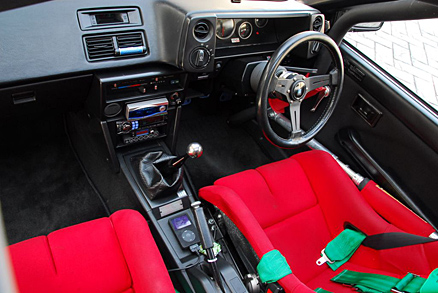 Where Allen’s interior is fairly standard with a few trinkets, Miguel makes completely up for it. Allen prefers the minimal with only his rollcage, nardi and twin Bride buckets populating the cabin and the rest stripped out. Miguel has the option extras and even more – Bride’s and cage just like the other one, but with a plethora of AV gear, electronics and a custom dash containing DEFI gauges no less! 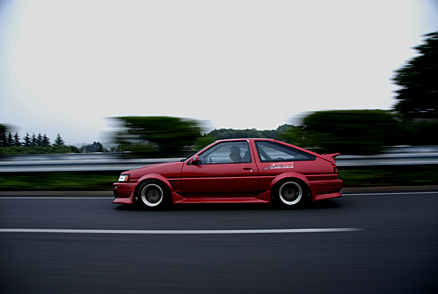 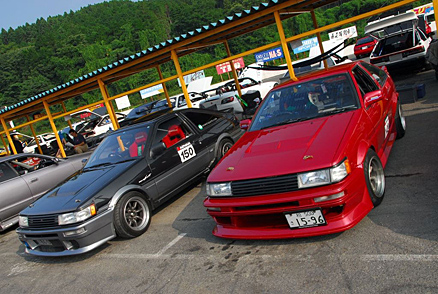 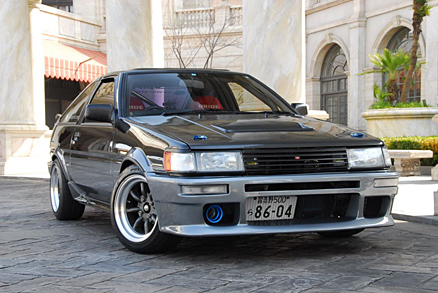 Numberplate can’t have been cheap… 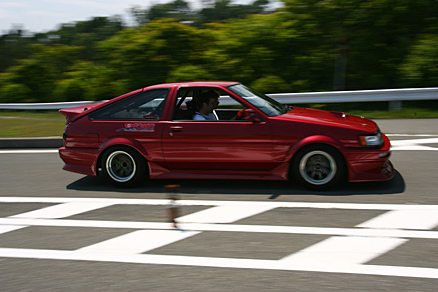 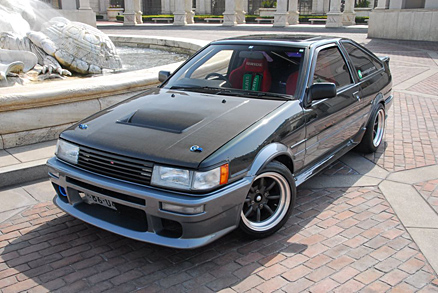 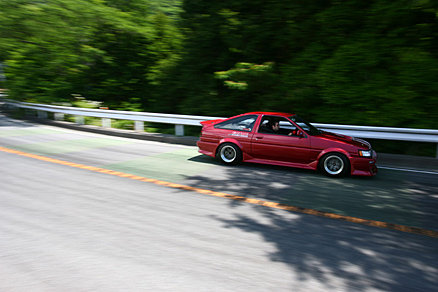 5 Responses to A Deadly Duo