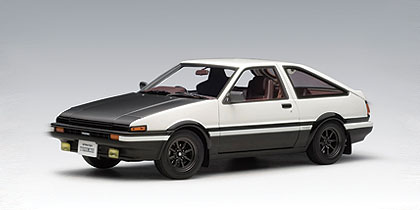 Oh yes! When we asked for a ‘Project D version’ of the AE86 from AutoArt all those months ago, it seems someone had listened! AutoArt has another exquisite 1/18 scale hachiroku for you avid toy collectors to purchase and add to your fleet! Unfortunately still missing the AE101 ‘TRD Spec’ 4A-GE from the actual Project D version of the car, it still makes for a pretty nice piece of desk art.

Priced @ $129USD it isn’t cheap, but for you highrollers out there, you can pick it up over at AutoArt with some of that Stimulus package (if you have any left!). Hit the jump for more photos!

END_OF_DOCUMENT_TOKEN_TO_BE_REPLACED

All The Horsepower In The World..

END_OF_DOCUMENT_TOKEN_TO_BE_REPLACED 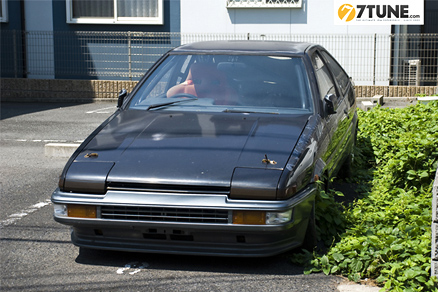 Over in Japan, Justin from 7TUNE has found yet another story of heartbreak and remorse for us AE86 owners.

I finally went back to my old neighborhood in Settsu-Motoyama in Kobe and sure enough, the old “abandoned” AE86 Toyota Sprinter Trueno was still there, only now in a different position! Yep, it’s the same car I saw behind my apartment way back in late 2003.

So head over to 7TUNE and catch the rest! 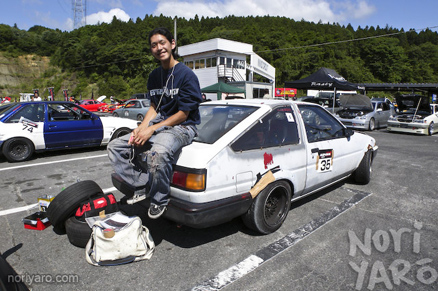 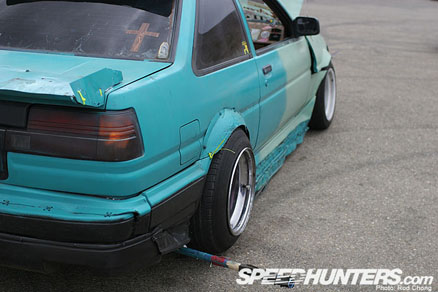 Total ghetto spec. The car is so messy it’s a testment to the driver to keep it on the road! I’m simply gobsmacked….

Oh, and Happy AE86 Day! (for those of us in non-american dated countries that is…)

Have you ever looked at a forum, tech guide or catalogue of all those shiny bits you want for your car but the terms and abbreviations got you confused? Well with the HR dictionary you’ll never have those problems again!!  In this edition we cover the finer details of body and trim terminology and all those strange acronyms you often see associated with bodykits or model types.

END_OF_DOCUMENT_TOKEN_TO_BE_REPLACED 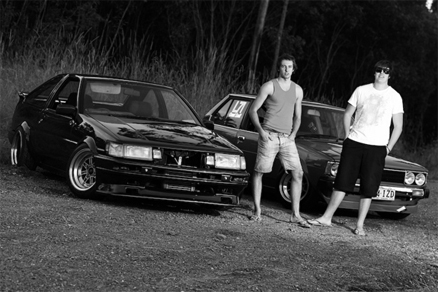 The boys over at DK (thats Drift Kulture for you who aren’t in the know) have got a feature up on a pretty trick turbo hachiroku.

Having worked for an import company before, Jason has been able to get his hands on a number of unique parts to add to the ’86, which has helped make it the car it is today. A few parts to mention is the 15×8 Work Equipe 01’s and SSR MKIII’s, a GReddy 4A-GE turbo kit with a TD05, as well as DRoop coilovers.

Sound good? Then head over there and read the rest!