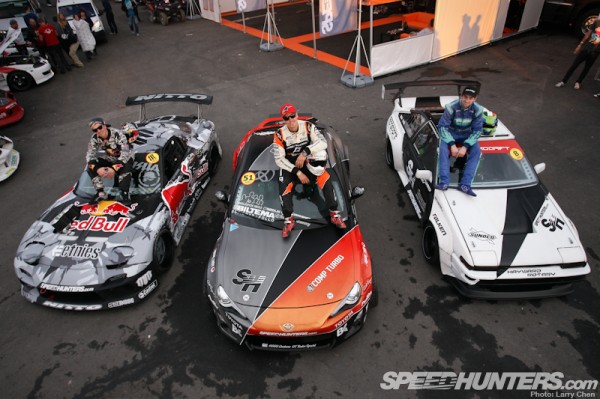 In the middle of the Norwegian summer, Gatebil at Rudskogen sees more than 45000 car enthusiasts from all over Scandinavia, England and even Japan making their way across te world to make this event one of the biggest car festivals in Europe!

Rudskogen is located about 1.5 hours  drive south east of Oslo, close to the Swedish border, but that didn’t stop New Zealand’s MadMike Whiddett and Ireland’s Darren McNamara from joining their Norwegian squadmate Fredric Aasbo for the first group smackdown of the Speedhunters super-top-secret drift team.

Hit up the Speedhunters post HERE to see a close up profile of each of the cars and some of the trademark antics of the down-to-earth crew.