Yes its that age old battle which has become increasingly heated as the internet flame wars rage on. And its not just the us AE86’ers either…The NA vs Forced Induction debate has been raging on race tracks and at street meets for a number of years starting early with hot rods and street machines.

Now  I’m not going to tell you which is better, as everyone has their own opinion on the matter (And opinions are like ars*holes, everyone’s got one and they’re all full of sh*te…) Here we are going to look at the advantages of each and where one application might benefit over another. 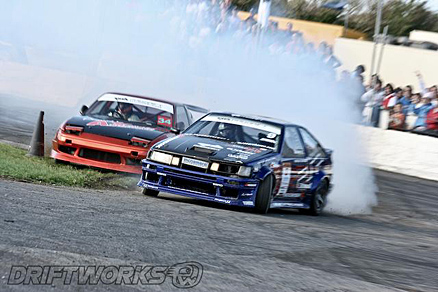 Why is forced induction best for drifting? Well first you have much more usable power and torque on demand. Whether it be a 4A-GTE, SR20 or whatever there is so much more mid range and usable power band.

With a forced induction engine you have power from 3000rpm (average RPM that boost kicks in at) all the way to 7000-8000rpm ( this will depend on your engine and setup). With all this power you can turn the tyres quite easily and keep them spinning as there is a lot more torque available, hence more smoke and controllable slide.

The other part of the forced induction equation is entry speed. With a turbo car a slide can be intiated at almost any speed. You could be cruising along a 40km coming up to that sweet down hill right hand hairpin, and all you would have to do is plant your right foot, kick the clutch and away you slide!

With a NA you would need a fair amount of speed and be very committed to the corner before you get there, and revs need to kept up very high to keep the wheels spinning. The other difficulty with N/A is that due to its lack of torque you could suddenly grip up and shoot you off into the scenery.. If you stick it on the other hand, big kudos for having big cojones!

AHH but my NA car weighs less than that forced induction car! Yes it does, but that means that there may not be enough momentum to transition that the heavier turbo car has.

But N/A cars have beaten much bigger and badder cars while drifting. Yes this true, especially of Ueo in the early noughties. Since then each D1 winner has been a turbo car. Even Yoshioka has forsaken true NA with a NOS kit..

So for drifting, turbo wins it. 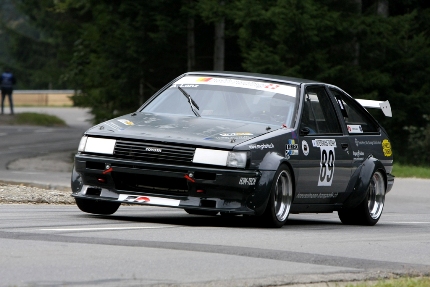 Circuit cars by and large arent that much different from a drift car in terms of set up and handling characteristics.

An NA car has one major advantage in circuit racing and thats weight. This weight advantage translate very quickly to higher cornering speed, and exit speed.

With a NA car because you have a less torque than a forced induction car that means you can get on the throttle much much earlier without worrying about spinning out or sliding all over the shop. You can also keep you foot on the the throttle all the way through the corner and out the exit of the corner usually carrying more speed than a forced induction car.

As you can carry more speed into and out of a corner this is where most of the passing will be done.

Revs is another part of the equation. NA cars tend to have on average 1500-2000rpm higher limiter. Because of this it means on those long sweeping corners like the fish hook at Wakefield, turn 1 at Eastern Creek and turn 11 at Oran Park are advantageous to NA cars as they have a much higher limiter thus being able to hold a gear until corner exit. Each of these corners with a limiter of 7000-7500 rpm you will hit the limiter… And if you snap shift in the next gear with a forced induction car you may find yourself with your tail hanging way out!

Manys the time i’ve shifted into 3rd mid way through the fish hook at Wakefield as ive hit the limiter, and wished for another 500-1000rpm as i hit the limiter on turn 11 exit at Oran Park.

But a turbo car makes more power it has to be faster right?. Yes and no… This was very apprent one evening on a spirited drive when I was in my mates 180SX. It was only a mild car with just a front mount, coilovers and full exhaust. It was set up for circuit, but each corner he had to back right off and didnt really get on the power until after the apex of the corner. Once we hit the exit it would take off again, and then have brake hard and slow right down again.

This got me thinking, as i know when i’ve been driving spiritedly that i was on the gas much earlier and almost ready for the next gear after the corner exit.

The biggest advantage forced induction cars have on the circuit it their straight line speed, but circuit racing is more than just straight line speed. Almost all turbo AE86’s are atleast 100kg’s or more heavier than a similar NA AE86. It has been seen many times before that a lesser powered car (most often NA) can pull away from a mega powered turbo car through a set of corners simply because it can get the power down and keep up its corner speed….

… Then NA get passed on the straight, only to pass turbo through a corner again. Its a viscous cycle.

Dont believe me? Well there is a S13 silvia driver by the user name of DUMHED who has a NA SR20 who has done a best of 1:08 at Wakefield. Much much faster than some big name turbo cars.

Next time your on youtube look up the lastest video of the HI-OCTANE R34 GT-R, and you will see it wheel spinning all 4 wheels out of every corner at the recent Super Lap. It is a very fast car, but you have to wonder how much time is lost by trying to control the car, control the wheel spin and muscle this big heavy car around the track.

Currently the fastest NA car at Tsukuba is also one of the fastest RWD cars too… And the fastest forced induction cars are all AWD and not RWD – so that says something right there.

So for circuit im going to hand it to NA. But only just… 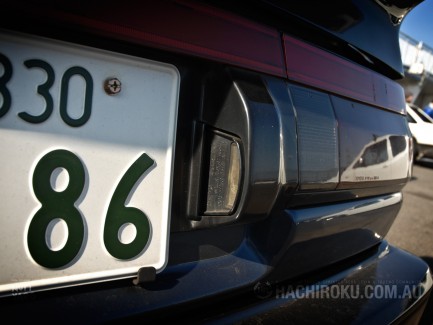 On the street is where the majority of  AE86’s reside and its here where you will do most of your driving.

Rarely is the chance you will get to use all of your turbo power or all of revs in your NA car. 99.99% of time you will catch up traffic, get a stuck at a set of traffic lights or any one of a million other things on the street.

On a spirited drive you may not encounter this, but you have to deal with crappy road surfaces, other cars, animals and your own skills.

Again being able to use all of your power or revs is going to be difficult on the street as you dont know who or whats around the next corner.

Any weight advantage that either turbo or NA car has is not going to matter here at all, as other factors negate that advantage or disadvantage.

You cant slide on the street, as you probably will take up 2 lanes and get hit by another car. You cant punch it all the way through the corner either in case you run up the ass of a car in front of you.

So this street fight is a draw.

So there you have it, each wins and each loses. There is no hard and fast rules as to which is guaranteed to be better than the other but each has its distinct advantages in different forms of motorsport.

These are just the basics and certainly the more detailed you get the more the lines are blurred in each situation.

So go with your heart and build your AE86 how you want. Be mindful in the knowledge some times you can flog your mates, and other times they’re gonna beat you!

14 Responses to NA Vs Forced Induction