Another month and another HR meet up for Sydney! This month the plan was to meet up at Bunnings carpark just like the first Sydney meet BUT to then move on to the go kart track Indy Karts up at Revesby.

So once the smaller then normal yet very good looking HR brave meet’ers turned up we all took the exhausting long drive (all of about 2km’s…) to the track, where we paid our money and got ready. While some of us remembered to bring our helmets, lady’s man Evan got the honours of wearing a helmet that looked like it was taken from the set of Escape from LA. Oh yes I flogged the hell out of that Joke the whole time we were there!

We were then shown the awful karts and the great track. This was all explained to us by a gentlemen that spoke too quiet and the pre-race overview seemed a lil time consuming. Anyway on to the track! Well some of us got out of the gate quickly, while others like myself broke down before even getting around the track once. I didn’t see it but I heard that Vigillio was the man with the skills and as he put it, “FAT MAN TRACTION” which turned out to work for him! I do believe also that Matt was true to his threats and did indeed put Garth into the wall, not just once either and not just Garth, Evan too! I also heard the Front wheel demon herself (Whitney) was enjoying the RWD platform of the karts with some ‘crazy angles’ as reported by track side commentator Adam, who dressed down for us ‘south-shore’ people featuring a VB shirt and thongs to fit in perfectly with the locals…

After we were done there, we headed for Grand Taco! It is probably the best Mexican… Scratch that best Restaurant in the world! Chicken Tacos seemed to bring out all the crazy subjects to speak of there, seeing as we had the place to ourselves us dirty 86 owners could be as naughty as we liked with our stories!

All in all it was a great night! I look forward to seeing you all at the next meet which may just be a weekend adventure! Keep watching the forums for details!! 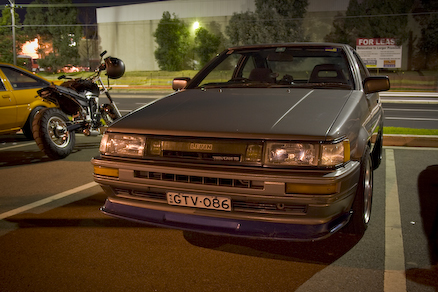 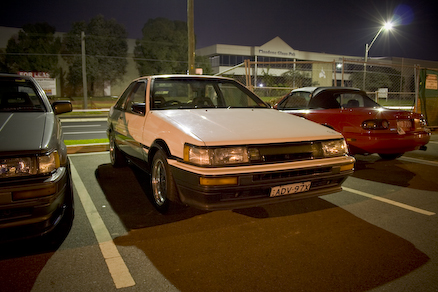 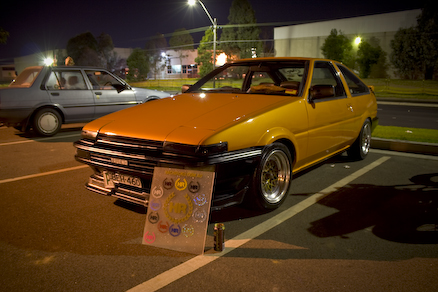 The Fox (with the HR Stickerboard) 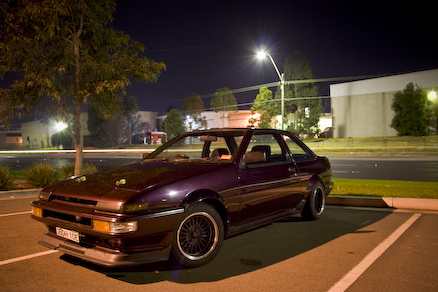 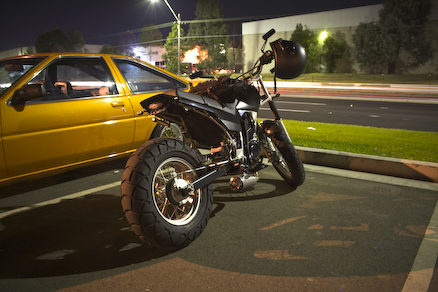