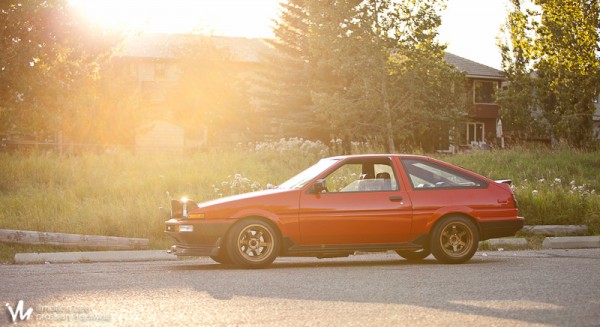 END_OF_DOCUMENT_TOKEN_TO_BE_REPLACED

Beau Yates shows us how it’s done in his 3S-GE BEAMS Turbo Levin at the new Eastern Creek (Sydney Motor Sport Park) South Circuit! With years of experience and just over 300kW at the rear wheels on 1.1 bar, it’s no wonder he’s linking the track with ease!

This is Sam Futcher’s AE86 Levin. Under the hood you will find none other than the 5th generation Dual VVT-i 3S-GE, or as it’s more commonly known, a BEAMS. This special variant of the 3S engine series is quickly gaining momentum as the engine for those considering conversions.

You see when Toyota needs a kick-ass motor made (like the 4A-G, 2ZZ or 2JZ) it calls upon Yamaha to work their special magic, and the 3S-G engine series is no different.  BEAMS is an acronym for Breakthrough Engine with Advanced Mechanism System, referring to the somewhat special dual VVTi system that comes on the ‘Blacktop’ in Sam’s Levin Hatch.