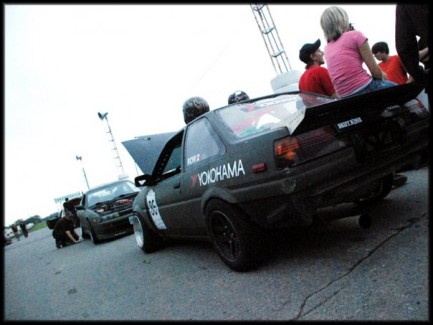 His AE86 is powered by a turbo-ed 4AGZE running 10 psi with an output of 200whp! Pat won 3 out of 5 rounds, but unfortunately he ended second in the championship due to a broken half shaft. If his shaft had survived that quarter final in Toronto he would certainly won the championship as well! Not bad for a privateer on a tight budget!