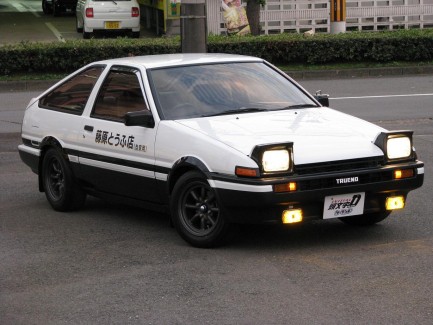 In contrary of Itsuki’s voice actor, Takumi’s voice actor is actually a proper AE86 lover hachi owner and lover. Together with Carland86 he turned his old Trueno GTV into an Initial D Sprinter Trueno replica back in 2003! After that Carland86 built the “original” cars used in Initial D The Movie. 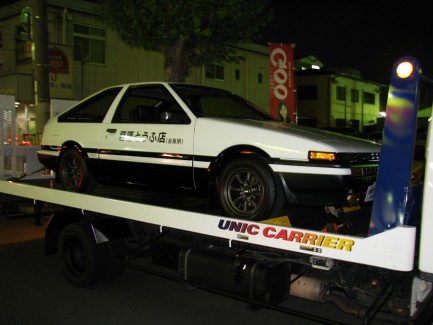 One of the cars used in the movie was loaded on a trailer last sunday. It’s destination is the Toyota Megaweb where it will be shown side to side with the FT-86 concept (as they call it) as its father! :)
After that it will remain on display in the Toyota City showcase of the Megaweb.

Now anyone got a spare ticket to Tokyo for me?