Here at HR we try to recognise those people in our community that have made or tried to make a difference as much as possible. People that have been in the scene for a long time or have owned/built/raced 86’s over the years.

We are going to try and turn this into a more regular type of thing. So if you enjoy this interview and know someone else worth interviewing please give us a yell with their contact details and why their journey has inspired you and why you think it should be told!

On with the interview.

I first met Evan about 2-3 years ago through the HR forum at one of the HR annual 86 events, where i believe Evan was driving his coupe onto the track tarmac for the first time. I remember being hugely surprised watching Evan in his basically stock Levin coupe tearing it up with the likes of Beau’s N2 86 and other assorted highly tuned 86’s. I later learned that Evan came from a family of drivers and had raced in the Lotus cup, so it was no wonder that this Northern’er had some skills to pay the bills!

How old are you big fella?

What is your background?

Grew up in the hunter valley ‘wine country’ near Cessnock lol. Moved to Newcastle for high school and did a couple of years of university, but hated it! I was a very shy kid, who loved cars. I also loved to draw and design them. I was loving anything with wheels or a motor, but i am not sure why i didn’t take on motorbikes as strongly as cars. I guess with my big car influence being my dad and uncle who were driver trainers. They were not really into motorbikes, so i didn’t take that up strongly. I never really found an interest in the mechanical side of cars or bikes, only operating them.

I had noticed some on early HPI videos with the Nikko circuit footage. I thought i had seen them at bathurst and wondered if i could get one for my first car, as the 8 seater van that i had was due to die. I loved the shape of them and couldn’t believe what these guys were doing in them. It had reminded me of what i used to do with my pedal car Merc that i had when i was a kid. I would take rubber off the wheels cause it was removable and slide about the place when i was 4 or 5. i didn’t know it was the sport of drifting till later on. After finding out more and more i was continuously discovering that these cars were popular. I also stumbled across the Initial D cartoon like most of us don’t admit to. So i had to find one of my own. Driving down a main street in Newcastle one day, i caught one out of the corner of my eye in a car yard. It had just been traded in and It was $2,500, bog standard in light blue and I bought it there and then. I thought it was in good condition, but little did i know of the reputation of the ae86 with rust. So i was happy to find out my car was rust free and had ALSO an uncracked dash haha. Loved the car. First night i had it, it was pissing down rain and i was sliding about everywhere trying to look cool. Took me time to research what was needed in these cars to improve them. I am still learning a lot to this day.

Why are you still so heavily involved in 86s?

I can’t seem to get away from them. I have been helping people with parts for all kinds of cars now. But i love the parts list for the ae86. I love they way they look modified, and i love the way that even the smallest thing can make a huge difference to the driving ability of the car. They seem to have taught me a lot about driving and I find that any car is easy to drive after bashing around in the AE86. I think i have will always have one or two in my garage. I think its also the fact that i have had some of the most amazing driving experiences in them as well and shared them with my friends. The AE86 community is awesome aswell.

What type of 86 do you own and give us a quick rundown of it and future plans?

I own a 1986 Levin coupe GT apex in panda black n white. I hope to have a full ‘carland’ style rebuild in the very near future. So, I am leaning towards a black top 20v after retiring the idea of an F20C motor. Wheels are the next buy on the list and Watanabes in a crazy size is coming up. It rust free which is great but it has hail damage and stupidity damage from me. It was parked at the top of my driveway. And i pulled the hand brake up and forgot to put it in gear. So i went inside, and i was down stairs with the missus getting kinda busy, if you know what i mean. Then mid swing i hear a crazy loud crashing sound up stairs like the house was falling down. So jumped up grabbed my pants and ran, dick swinging, to find that the car had parked itself in the garage next to dad’s RX8. But the stupid car forgot to put the garage door up. It was crazy that it missed the rx8 all together.

How do you feel that you are Matt Meads idol?

I am humbled to hear that. He’s a fantastic kisser, but he isÂ  really touchy about some things and he is always up my arse about something. Both physically and emotionally.

I am fond of spanking.

How many 86s haveÂ  you owned?

I have had 3 ae86’s now. Scrapped one of them for parts a couple of years ago. Smashed one into a wall at Oran Park doing 150km/h. I ended up being semi concussed, thinking i was at eastern creek and not knowing my girlfriends name. I suspected that the bolt on the pillowball caster arms broke. Now the current coupe. I never liked the coupe shape till i owned it. Now its my favourite. I plan on a few more too.

Why did you start your business Royal Garage?

Good question. I guess after being around people in the industry and getting alot of contacts through my motor sport stint, i was really keen to try something like selling performance parts to fellow enthusiasts. I liked the idea of having my own business so i could have time to work on my car and the money to go to the track but it hasn’t turned out that way. I love helping like minded people to modify their car too.Â  It comes back to my past passion in design. I wanted to be an automotive designer. I lost the drive to become one and i became really impatient with art and drawing. But i find that modifying my own and other peoples cars is a continuation of that passion, and it is a kind of personal expression of car design. I can show people what i like and dislike in a car. Letting people know that we have been there and done that with the ae86 and helping them out is great too. Except suppliers are shitting me to tears lately lol

Does your family and girlfriend share your passion for 86s or just put up with it?

Mum thinks its a bucket of shit, especially after i worked out i have spent 60K plus all up on ae86 stuff and don’t have much to show for it.

Dad loves them and he was always there to help me with it until becoming sick. My girlfriend had always liked cars but didn’t know anything about the ae86. But she loves them and wants a panda Trueno. Its pretty funny how much she has picked up on while listening to us boys ramble on. She is also the most calm passenger i have ever had which amazes me.

What’s your opinion on the 86 scene both here in Australia and Internationally?

I think its peak in popularity has been and gone, and we are left with the true AE86 fans, which is great in my book. I just hope the parts keep being made and the communities keep organising events.

Where do you see our culture say in 10years?

I see it being very underground as the cars get older and older, as well as becoming a lot more rare. I think some of the AE86’s that are in decent original condition in 10 years time being very expensive. Also track sitting will be few and far between due to the age of the car. I hope i am wrong.

How’d you break your wrist?

I was drunk and fell over while jumping over a huge pop plant. But i managed to dance around in the club after wards with ice around my wrist lol. I thought it was just sprained. Then after it healed i was driving the mirage cup cars around Oran Park and the extremely heavy steering jarred my thumb down and re-broke the same bone when there was a coming together with another guy, while i was diving under brakes. Horrible evil car they are!

I’d like to thank the HR academy for this award. Continue the 86 life! 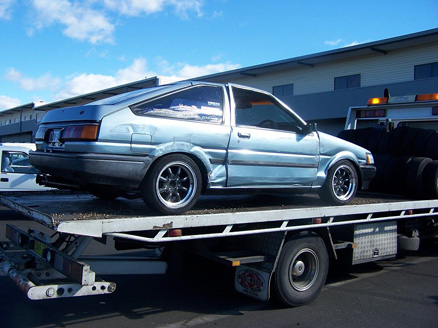 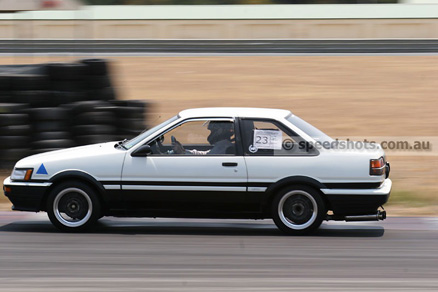 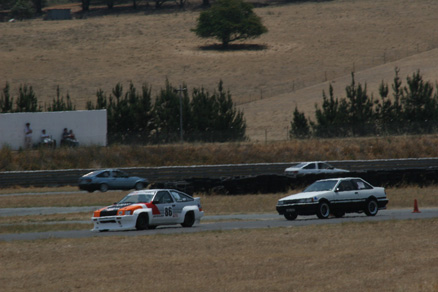 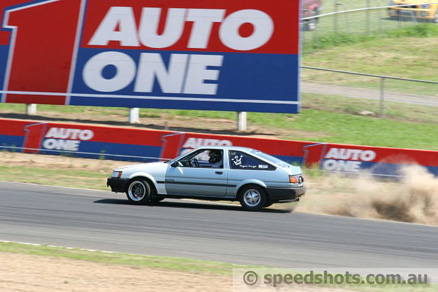 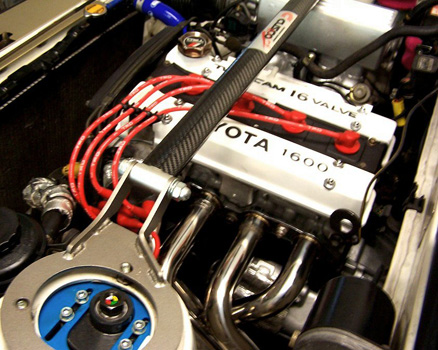 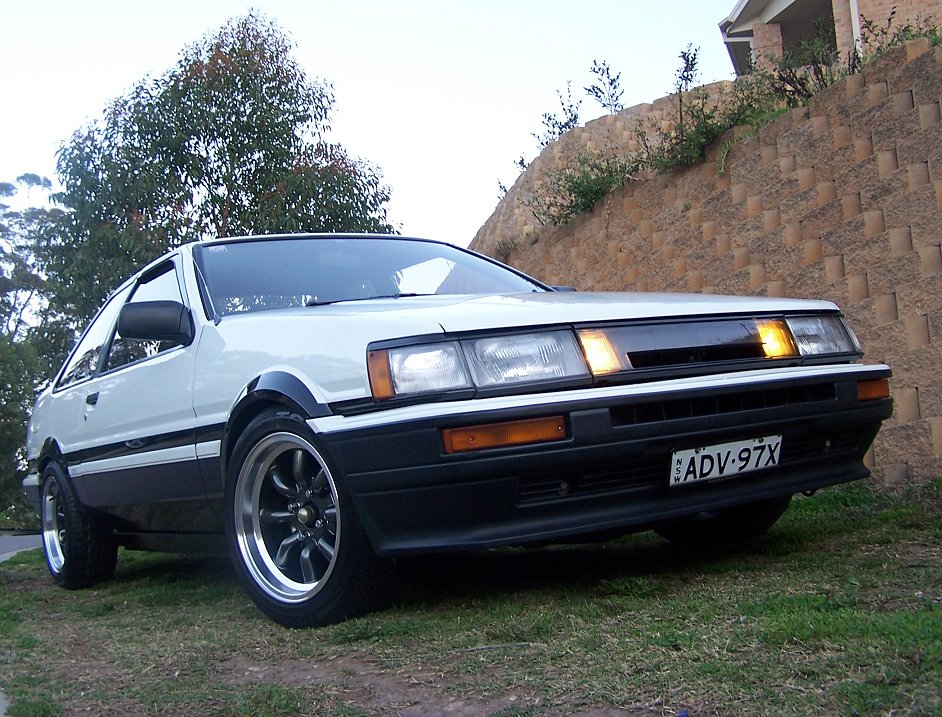 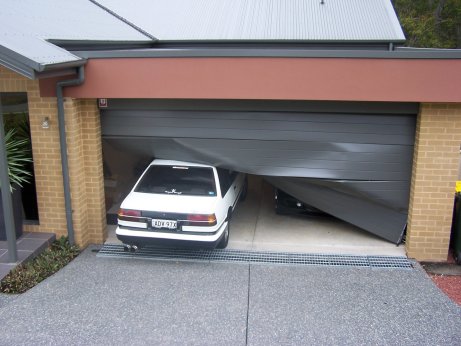