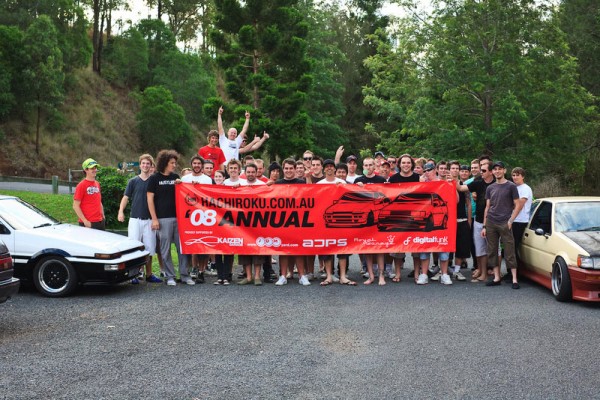 HR is about getting out there and making the AE86 community better instead of just typing shit on the internet.

Since these first days, HR has been  building the scene up to new strengths and uniting 1000’s of AE86 drivers from all across the country into one tight-knit group of like-minded and positive enthusiasts. As a testament to our efforts, HR has successfully been running the Australian Annual AE86 National Meet every year since 2004.

HR is run by a team of designers, writers and fanatics most of which remember having been obsessed with the Toyota AE86 ‘Hachi Roku’ as soon as they were able to legally drive and in some cases even before! The community is the culmination of thoughts and goals first expressed in 1999/2000 to bring the AE86 owners of Australia together in one place.

In 2009 we never stopped our community building. With our new AE86 Monthly Meets all over the country and the new HR Blog – The only AE86-specific blog updated daily on the entire Internet – we saw no end to what we can do for the AE86 scene in not only Australia, but also all over the world.

That’s not to mention our members being responsible for products/services such as; AE86 microfiche CD’s, 100% accurate OEM decal copies, organising their own local BBQ’s for their AE86 mates, selling 86 parts for cheap to 86 owners (like they should be!) and providing advice and skills for countless special hard to find components for the AE86 at cost price as well as connecting AE86 owners from all over the world, amongst thousands of other things.

The HR team and the community members will continue to provide all these great services plus many many more in the coming years – purely for the benefit of the AE86 community and our love for the AE86. HR isn’t out to make money off the Toyota AE86 hachiroku community: We use our own time, funding and the donations we are generously given to give back to the AE86 owners of Australia. In doing this it is our hope that it gives more people the incentive to buy, fix, drive and love these little cars just as we already have.

In 2012 there was been big changes to HR, both online and offline. We are always striving to create the best place for AE86 and now owners of the new Toyota 86 to come and enjoy the culture and community that surrounds the best car(s) Toyota ever made, so stay tuned for more in twenty-thirteen!

We welcome any AE86 or ZN6 driver – new or old – to enjoy our site and join our community! So come in, say hello and enjoy the best cars in the world! 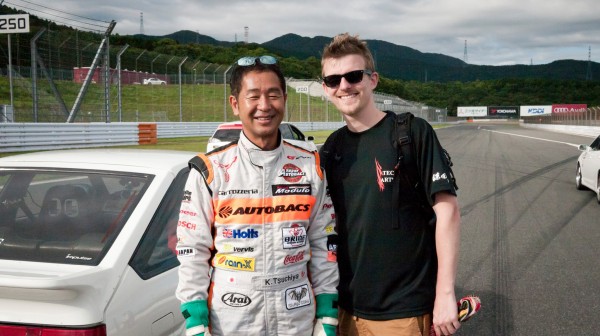 HR is owned and operated by Garth Ivers.  Garth has been the driving force behind the advancement and growth of the Australian AE86 community since he first built the Australian arm of the global ‘AE86 Driving Club’ in 2002.  Wanting to create something unique for the Australian AE86 scene, Garth created HR in 2005 and the rest, as they say, is history.